I went out to meet Mike, Ebony and their little boy Harry last week for an interview and to have a look at their finished home extension. Here are the story and photos all about honouring the old charm and bringing out the new.

Mike and Ebony love their 1950’s Returned Servicemen’s home and they wanted to maintain the character of the house. When Ebony explained what she wanted, John impressed her because he really listened to what she said. Right from the start, he was on board with keeping the heritage and integrity of the original dwelling by working with as much of the original materials as possible. Ebony felt that his suggestions were right on point, such as including a raked ceiling in the bathroom as a nod to the past. John also suggested newer features such as skylights, not only to add natural light in the kitchen but to brighten the walk-in robes in the master bedroom, which Mike and Ebony loved. Ebony wanted a bay window, but that would have been costly and they were weren’t sure how it might suit the house. John designed a window that while not a traditional English bay window, it’s reminiscent of one and, importantly, still keeps the integrity of the house intact. More importantly, Ebony thinks it’s gorgeous!

John mapped out methodically how each phase of the build would progress, so Mike and Ebony had a very clear idea of what would happen and when. Because Ebony is a keen renovator, she felt John’s quote was a realistic estimate of the cost. She thought it wasn’t so much about the money, but what they got for their money and who they got. Mike and Ebony thought it was great the way John kept them in the loop through each stage of the build. And they remarked how easy it was to work with him. He was flexible. If they wanted a change, John could make a change. It was no big deal like it would be with some building companies, especially the large ones.

With a baby on the way, Mike and Ebony had said right at the beginning that they needed the job all done within 12 weeks. During the build, Ebony said it was rainy and cold and they had crammed themselves into a couple of rooms at the back of the house. Being in the later stages of pregnancy, it wasn’t ideal for Ebony having the house opened up and, at one stage, a whole new roof put on! But the builders kept at it rain or shine until it was done. You know, a lot of people will promise gold and deliver brass. John Bodin promised he could get it done in under 12 weeks, and One Design and Construct were all done and dusted in a little over nine weeks. And get this – budget-wise, the final cost was right on the dot and not a cent over. Mike and Ebony are full of praise for John Bodin and the great team at One Design and Construct. The design, the build, the people, the process and the final cost were all more than they could have hoped for. Not only are they very happy customers, but they are also living in a wonderfully renovated home and, guess what, their brand new baby, Harry, is happy there, too. 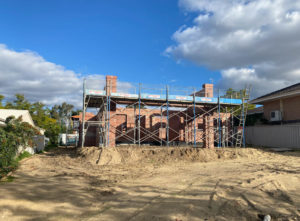 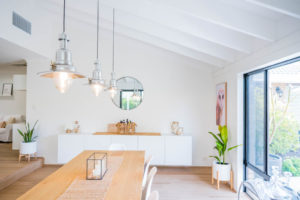 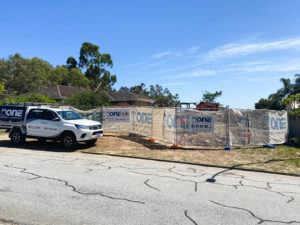 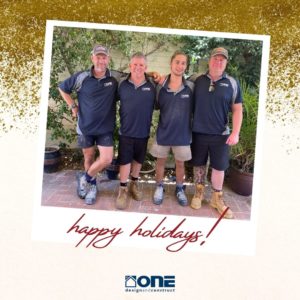 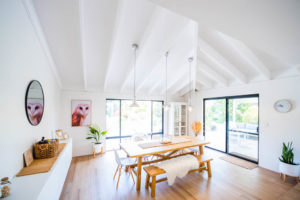