We don't just build. We design! Our carpenter, As

Who doesn't want a double sink bathroom these days

Kelly and Jon’s house was recently renovated by John’s team so we paid a little visit and had a chat.

Here are the images were taken by Kelly before the renovation.

Great location but the house needed work to better suit our lifestyle.

In the first half of 2021, when Kelly & Jon bought their home near the river in Rossmoyne, they loved the location but there were a few aspects of the house that needed improvement. The family room and the games room had a wall between them, and things just felt very closed off. They wanted to open that area up a bit more and modernise it, so they knew they had to take the wall out. They also wanted to change all the floor tiles to bigger ones so as to give the home a more modern look. The ensuite off the master bedroom was very tired and old-fashioned so that needed updating and re-tiling too. As Kelly and Jon were tossing around a few more ideas for changes, they thought, yeah, it’s time to talk to a builder.

They had a few recommendations for builders, but after working through their ideas with John Bodin from One Design and Construct, and hearing John’s suggestions, they knew they’d found their guy. “We met with another builder before we met with John, and we just really liked John. He was just really easygoing and nice to work with. He seemed like a really nice person and just very accommodating. Yeah, he was just very open and easy to talk to. We just felt more comfortable with him. And we’d seen his work at another house as well as the photos on his website. So we were convinced.”

What did John and the 1DC team do for you guys?

We got the internal wall removed between the family and games room to open up the entire ground level living area so we had a kitchen to family, dining and games. The entire ground floor was re-tiled with large modern tiles. We had the master bedroom ensuite updated and re-tiled, including beautiful feature tiling. And we had additional storage cupboards created using the wasted space off the toilet in the master bedroom.

How long did it take?

About two months. After buying the house, we got the keys and John started soon after that. We actually moved in before it was finished and it wasn’t a problem at all. Before that, we used to pop in now and again, and John would always call us if there was anything we needed to decide. And once we moved in, if there was ever anything we weren’t sure about we’d just call and he’d come. It was just all very easy and John was always easily contactable.

What was the most difficult bit?

Truly, the most difficult thing was just all the decisions with choosing things such as the colour for the tiles and the benchtops and the designs of the cupboards. It was just all those details that took us a long time but once we chose them it was quite simple for John’s team. Nothing seems difficult for them. As far as the build went, there wasn’t anything that was really difficult. It all ran really smoothly.

So the entire build went smoothly?

Oh, I’d say it was very very easy for us. Everything worked out really well. We are really really happy with John and the whole team. Everyone who came and worked was great. John was lovely, very nice and accommodating. His attention to detail was something that was really important to us. Like every little corner and every aspect of the build, John’s attention to detail was very very good. We were very fussy, but he noticed everything and he made sure everything was perfect. So that was really good.

Now that it’s all done, how is it?

It’s so nice. Yeah, just so much more spacious with the two sinks in the master bedroom ensuite. There can be two of us in there at the same time and we’re not bumping into each other. It’s just nice to have all the space and it looks so modern and fresh. And it’s easy to clean with the nice single glass panel. It’s just great. We have a big family area but the kids still have their room down the end for their little corner. And it’s nice because you can see straight through and out the back window. If we hadn’t removed that old wall we wouldn’t be able to see anything! Yeah, so we can keep an eye on the kids in the backyard. It’s just really nice that it’s all open. We are really really really happy.

So what’s next? Any other plans?

We are thinking about doing the bathroom out the back. That’s the next thing on the list and maybe next year we’ll look at that. So we’ll be calling John again soon. Hahaha. 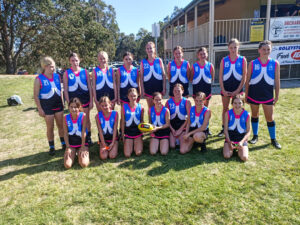 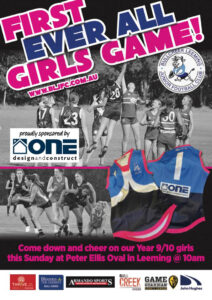 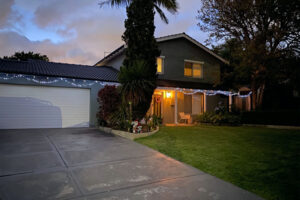 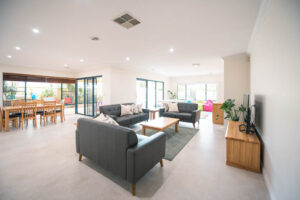 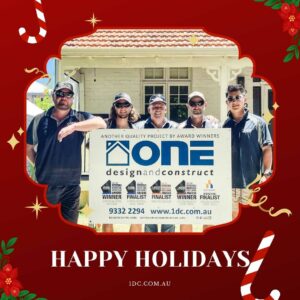 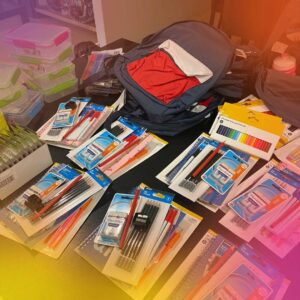