It’s an older character home on a lush tree-lined street in a well-established suburb. There’s a lot to love about the house but because the home was built so long ago, it doesn’t have many of the comforts and conveniences that come with modern design and construction.

Here’s a list of challenges a lot of homeowners have in well-established suburbs with older houses.

That’s exactly what Ash had to deal with for her gorgeous home in Fremantle. Her husband, Wayne, did years of searching to find their perfect “do up nest”. Ash loved the wonderfully charming 1930’s house but was less impressed with its lack of modern conveniences. So together, Wayne and Ash came up with a shared vision for a renovation that would give them the best of both worlds. Wayne had a lot of structural ideas and Ash, as an interior decorator, had plenty of ideas about the finer decorative details. Ash says they made a great team! When it was time to find a builder, they had some clear designs in mind and a detailed list of things they wanted to change.

They contacted several builders. In the end, Ash and Wayne decided One Design and Construct was the builder to carry out their project and realise their dream. Not simply because John and his team were recommended with high praise from a friend, but also because John appreciated and understood their designs.

Throughout the process, Ash says the team showed flexibility and a high degree of attention to detail, which were very important for her.

What was also remarkable was the fact that Ash and her family, including two growing children, stayed in the house while the renovation was underway, and the entire process was really smooth for everyone involved. Were they happy with the result? You bet!

Ash is particularly happy with the fact that she now has a scullery. It is almost like a second kitchen with extra sink and dishwasher. She loves its practicality and it is a huge walk-in pantry as well. I’m sure many people seeing the images of her scullery would be very envious, especially if they love entertaining people at home.

Of course, the Moroccan-style encaustic tiles in the bathroom and in the kitchen are stunning as well.

To recap, this project involved:

This renovation project had so many clever design ideas that I’m sure it would inspire others living in the area to renovate rather than make a costly move.

It’s a super gorgeous house. Ash and Wayne are delighted, and the 1DC team is very proud of having completed such a great renovation. We are thinking this could be another award-winning project for 1DC. We’re keeping our fingers crossed.

Aislinn (Ash) Crowe is the owner of SoulBird Styling. 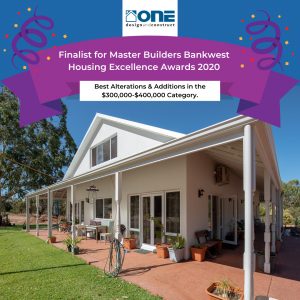 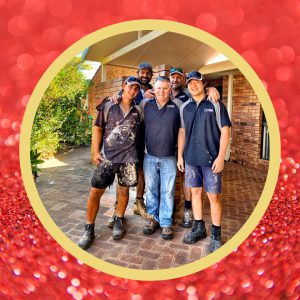 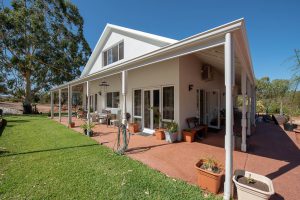 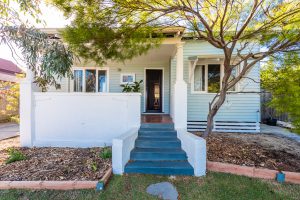 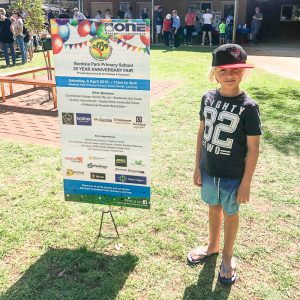